Avoid Clichés Like the Plague: Words and Phrases...and Idioms

One: We have a winner. One of our delightful commenters has won a free five-page edit! And it's none other than... 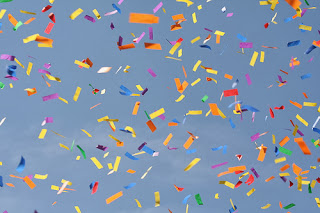 Congrats, Tom! Contact Erynn at alittleredinc@gmail(dot)com to tell her about your work!

We're starting a new series today on avoiding all sorts of clichés (like the plague).  Today, we'll hit phrases and common idioms that lead to lazy writing. Next week, we'll slam cliché gestures and body language that creep into our characters' interactions. The big finale will knock out the top storytelling clichés. 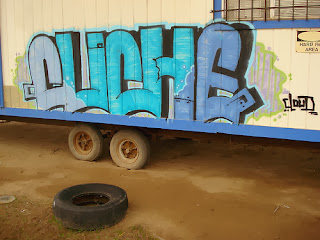 Let's do this. You want to be a writer. You dream, you plot, you research, and you begin pouring your ideas on paper. Often, the first draft is more about story. You may have some wicked beautiful phrasing in there, there may be places your voice sings, but--odds are--not so many. In fact, it's fairly likely that, in order to keep the story going, you'll take some shortcuts. I know I do. How many of you are doing NaNoWriMo this month? It pays to turn off that Internal Editor and  just write while ideas are flowing.

As long as you turn your IE back on for the second lap.

Let's look at a few things you can target to seek and destroy as you run back through.

You can always do better than these. Ask yourself these questions (and avoid answering them by merely adding adverbs).

Looked:
Turned:
Gasped and sighed:
Second, phrases and idioms. These are so commonly used that they just roll off our tongues. They're the phrases that you can pull right out of the air or right off the top of your head. But we can get carried away using them, and we need to learn to think outside of the box. At the end of the day, as writers, the words you choose matter.

See what I did there? Doesn't that make you almost go ballistic?

Often, taking something familiar and tweaking it to put it in the language of your character's hobbies, skill sets, likes, and personality will do the trick.

One of my heroines is a musician in a dangerous relationship. Rather than thinking of her boyfriend's mood swings changing like the weather, she thinks:

In an single beat, there was discord where there'd been harmony.

I've got a baseball player who's had enough of his sister's excuses. In the middle of a serious moment, he wants the truth to register with her. But he doesn't say that. He thinks:

If I could get her out of this slump...

Whenever you see clichés in your prose, get yourself deep into the mind and motives of your characters. If you understand why or how the actions are playing out, chances are, Writer-friend, that you can come up with a much better word or phrase.

After all, you're a logophile, right?

Now, in the comments, hit me with one of these: 1) a cliché or two that you see all the time (and hate), or 2) a line from a favorite book (or your original work!) where the character's voice has been well-wielded to avoid cliché.

Thanks for swinging by!

And thanks to A Syn and ADoseofShipBoy for the images.