Spelunking Speculative Fiction: Creating a World Your Readers Will Love

I cannot even tell you how pumped I am to have Susan Kaye Quinn joining us today. This lady started her own writing journey about the same time as Erynn and I. We clicked from the get-go, and it has been surreal to watch her rocket onto the bestseller lists. Her fuel is 100% determination. This woman writes and writes.

And writes. Because of you, readers. And for you, writers. Without further ado... 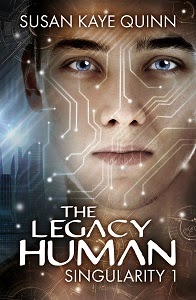 Creating A World Your Readers Will Love

Worldbuilding – a term so sweeping, only writers would dare to use it to describe what they do every day.

I’ve built worlds where everyone reads minds, as well as ones where debt collectors suck out your life energy instead of emptying your bank account. I’ve invented steampunk skyships and humans with nano-tech enhanced brains. I routinely sprinkle new technology into my speculative fiction works just for the giggles—and because inventing on paper is so much easier than doing it in real life. I happen to have a Ph.D. in engineering, but you don’t have to have advanced degrees to wield your imagination. In fact, I’d say too much knowledge can hold you back, where your expertise morphs into a nagging, pinch-face professor who proclaims your fanciful creations unrealistic. The truth is that human knowledge is extremely limited; thankfully, our imagination is not. So please let your creative powers go wild while inventing your gadgets and political systems and alternate economies. Don’t let reality get in the way of what you can dream.

With that unshackling of your creative powers, how exactly does one go about building a world that readers will want to live in… even if it terrifies them?

Think Big
I almost always start a story with a character or conflict in mind. For my upcoming Singularity series, that was a boy who wanted to be a machine—a reverse Pinocchio story set in a post-Singularity future where most of humanity had ascended into super-intelligent human-robot hybrids, while my character was one of the legacy humans left behind. Right there, you’ve got a whole lot of worldbuilding to accomplish. How radically must the world have changed—politically, socially, physically—in order to accomplish such a transition from our current-day world? One of the ways to bring depth to your worldbuilding is to THINK BIG—look at the larger political and economic structures of your world, and how the unique parts of your story would change them. For example, in my Mindjack series, everyone reads minds. This happened suddenly, but over time, the building codes changed… because if your house was closer than about 30 feet to the next door neighbors’ house, you would hear their thoughts in your sleep. A small worldbuilding detail, only mentioned a couple times in the story, but it transformed the Chicagoland area into a sprawling landscape of towering, spindly suburban homes spaced to “mindreading codes.” Only the impoverished—or demented—would live in the close-packed spaces of the city.

Look for BIG changes that can be realized in SMALL concrete ways in your story, and your readers will feel the depth of thought you’ve put into it.

Leave Shadows
At the same time, do not feel like you have to over-describe every facet of life in your world. Paint the larger system (above) with telling details, but leave plenty of shadows… and occasionally hint at what might be in them. In my upcoming Singularity series, the first novel closely follows the story of Eli, the boy who competes in the Creative Olympics for the chance to join the ascenders in their enhanced-intelligence world. Because the trajectory of the plot follows Eli so closely, there are lots of shadows—many aspects of the world that are virtually unexplored. In one paragraph out of 95,000 words, I mention something about “the barbarism of Oregon’s dissenter reservations. The holograms I’ve seen are pretty horrific… Seattle may have its share of human dreck, but at least the life expectancy is more than thirty.” With just one paragraph, I’ve created a shadow and filled it with monsters (to be sure, that paragraph will be explored more in future books). But just that tidbit draws the reader into asking questions—what has happened to the other humans? Why have they descended into barbarism? If that’s happening there, what else could be happening in other places?

Illuminate Corners
While you want to leave plenty of shadowy areas to excite the readers’ imaginations, you can also gain a lot of reader satisfaction by illuminating distinct corners (in space and time), that say a lot with a small vignette. I very much like the idea of telling “stories in miniature”—where you encapsulate the broader themes of a novel in a story-aside that explains how the world works. In my Mindjack series, I have a tidbit where the main character, who is still like a child in that she doesn’t read minds, is finally able to sense, through her mindjacking power, what it’s like to be a mindreader:

I caught whispers of Raf’s thoughts passed from mind to mind. It was like our childhood game of mindtalk, where we pretended to read minds by whispering messages around a circle. The message had been distorted beyond reason by the time it circled back, which had caused us fits of giggles. Only Raf’s messages of anger and pain were far from making me laugh.

Again, just a tiny peek into the past—what it was like to be a child who fully expected to grow up to be a mindreader—married to the present, where that child has grown up to be something quite different instead. By illuminating that corner of the past, we see the present more clearly. And overall, it brings greater depth to the world you’ve created.

Do enough of that, and the readers’ own creativity will fill out your world for you… and have them coming back for more. 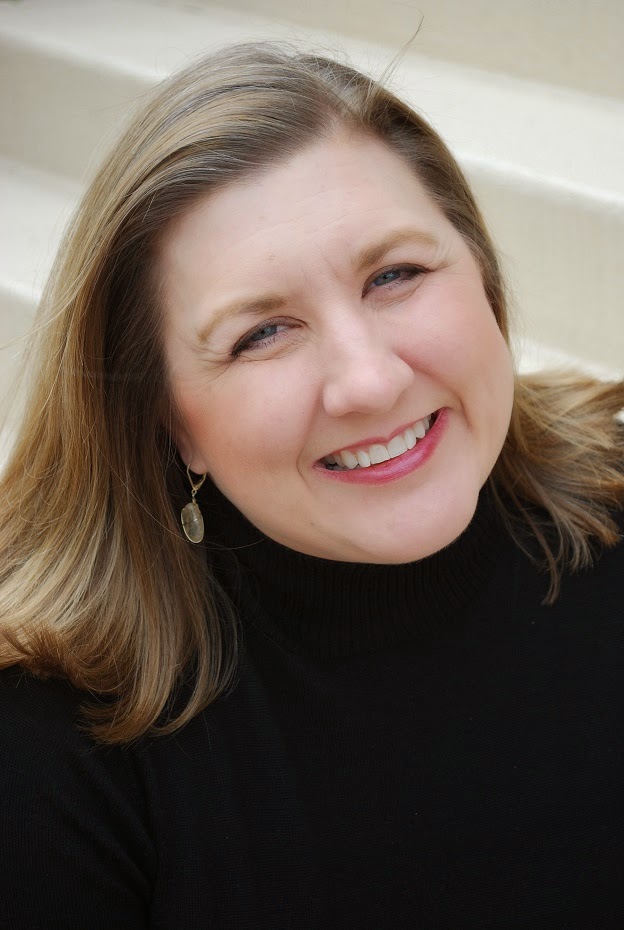 Susan Kaye Quinn is the author of the bestselling Mindjack Trilogy and the Debt Collector serial, as well as other speculative fiction novels and short stories. Her work has appeared in the Synchronic and Telepath anthologies and has been optioned for Virtual Reality by Immersive Entertainment. Her business card says "Author and Rocket Scientist" but she mostly sits around in her PJs in awe that she gets to write full time.

The first book in her Singularity series, The Legacy Human, just released—and it's only 99 cents this week!

Want a chance to win it and some other killer prizes (like a Kindle Fire)?
a Rafflecopter giveaway