How does a series...and maybe a spin-off series come to be? When you world-build, you invest time, energy, dreams. You come up with nations, political systems, cultures - maybe languages, races, religions. 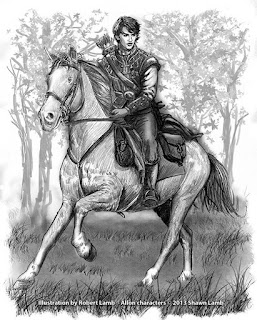 Like Cyle Young mentioned, a storyworld can be the foundation for unlimited stories. Today, Shawn Lamb is with us today, to share how her seed of a story grew and spread into ALL THE BOOKS.

Why? Because of her fans. As an indie author, Shawn has the freedom to write what her fans want, to supply the demand. Let's take a look at how her one book morphed into so. much. more.

Writing a young adult fantasy series was never on my agenda. My chosen genre is historical fiction. I love swashbuckling adventure. However, God had different plans. 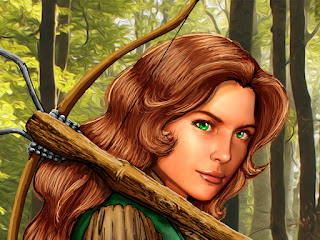 It all started with a request from my daughter when she was thirteen. She wanted a good old-fashioned hero quest fantasy like those written by Lewis and Tolkien. Since I had experience as a screenwriter for animation, I accepted the challenge. My original plan was for one book, so I could hurry back to historical fiction.

As the saying goes, “the best laid plans of mice and men often go awry.” Or in my case, they got thwarted when my daughter shared with her friends at school how her mom was writing her an “epic fantasy adventure.”

When her friends would come over to discuss the storyline, conversations turned to personal issues. Most of them were immigrants of different belief and cultures, yet all of them struggled with assimilation. The hope that brought their families to the U.S. had quickly faded. They wanted to know why Americans think like we do. Why Christians believe differently.

My spirit stirred to give these kids what they needed – hope. The task required more than a single book, as I allegorized spiritual principles to address their numerous issues. Yet no matter what the characters faced in each story, the message of hope is paramount. 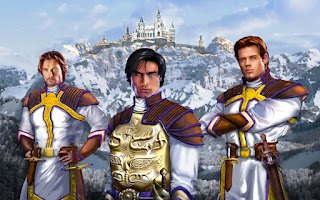 After the publishing of Allon Book 1, I used events for promotion. From the first event, requests began in regards to the series. Homeschool parents asked if I ever thought about teaching my series. (They like to include fiction in their curriculum.) No, the thought of teaching fiction had not crossed my mind. The questions continued at three more events in different states. Finally, by the fourth event, I got it. It was time to create a study guide.

Also at events, the younger siblings of those reading the series - captivated by the bookmarks and animated book trailers - expressed their curiosity about the books. From their avid interest came The King’s Children, an illustrated trilogy featuring the characters from Allon in childhood misadventures. We also created a coloring/activity book.

Now, one would think a nine book YA series, kids trilogy, coloring book and study guide would be enough. No, requests for speaking and teaching workshops resulted in two non-fiction books.


Currently, there are 15 books under my belt stemming from Allon, and I thought that would be enough. Not according to readers. Ever since book 1, many have inquired about how the Guardians fell. These characters have angelic qualities and help to illustrate spiritual warfare. So once more, the Kingdom of Allon is expanding with The Great Battle – Book 1 – Guardians of Allon. It will be a prequel trilogy that answers all those questions. At least I hope so. *smile* 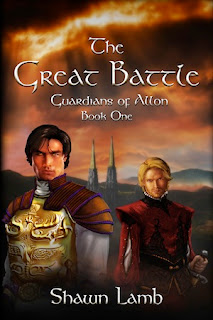 The change of my plans still amazes me. I’ve watched what began with a simple request expand into something I never expected.

Shawn Lamb is an award-winning author and screenwriter. In the past she wrote for television animation. Married for 30 years with an adult daughter in the film business, Shawn and her husband Rob, travel the country speaking and teaching at homeschool events, libraries, public schools and book festivals.

Shawn and all, thanks for swingin' by,